Toronto, ON – June 16, 2018 – Turtle Odyssey, a Definition Films production will be narrated by Russell Crowe and released by SK Films on Giant Screens this summer in select museums, science centers and IMAX® theaters worldwide.

Turtle Odyssey, tells the heartwarming story of one tiny sea turtle’s big adventure. Based in Australia, Crowe maintains a close association with Australia Zoo in the conservation and protection of sea turtles, creating a perfect synergy between the voice and messaging of this landmark film.

“We are thrilled to have Russell Crowe narrate the film as he is already such a champion of turtle conservation, it was a natural fit for all of us, and the perfect way to give a voice to an animal that now more than ever needs to be heard.” says the film’s Producer David Gross.

Turtle Odyssey explores the unique lifecycle of an Australian green sea turtle named Bunji and her incredible journey across the open ocean. The film follows Bunji the green sea turtle from a hatchling into adulthood as she swims thousands of miles, meets incredible creatures and has some really wild encounters. She will eventually migrate, with mysterious precision, back to the very beach where she was born – to lay her own eggs that are the foundation of the next generation. 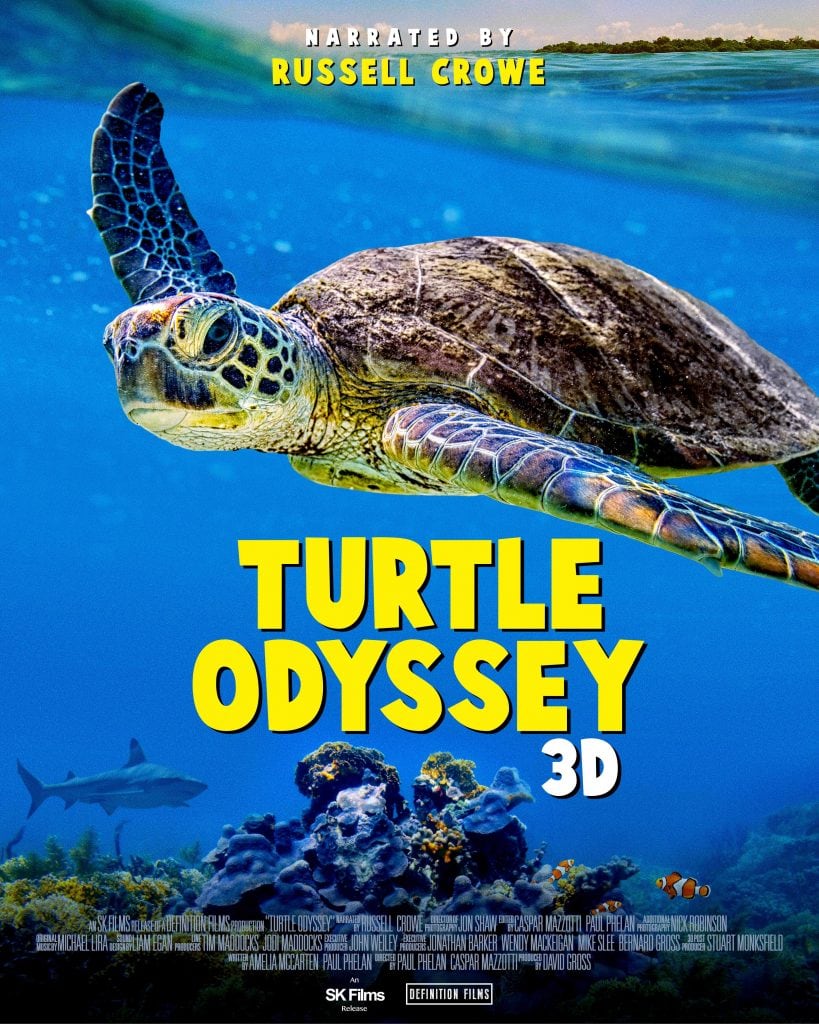 “We are tremendously excited to release Turtle Odyssey. Having such an engaging voice combined with the immersive Giant Screen format will take audiences on an unforgettable journey,” says Jonathan Barker, SK Films.

There are only half as many turtles in the ocean than a hundred years ago, and the biggest threat to their survival is not life in the wild, but in sharing their world with humans.

To support the international release of Turtle Odyssey, the Tennessee Aquarium in Chattanooga will be creating an educational initiative to deepen the learning from the film and provide kids, families and educators with the tools and knowledge they need further understand the importance of marine life conservation.